Tatyana A. Edwards-Behar*, Esquire, is a highly experienced attorney and a Certified Specialist in Immigration and Nationality Law by the Board of Legal Specialization of the California State Bar, with over 17 years of the established private practice in San Diego, California. She is the Managing Attorney partnering with her husband, Giacomo Jacques Behar, Esq., who is the founder of Behar International Counsel, PLC, a full-service immigration firm active throughout the entire United States and in over 50 countries worldwide. Attorneys are fluent in 8 languages to include Spanish, Russian, Italian, French, Turkish, German and Hebrew. 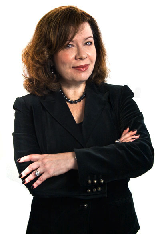 *Owner of Law Offices of Tatyana A. Edwards, APC”

Tatyana Edwards is an outstanding professional! I just got my citizenship and I would not have done it without her. I couldn't be happier. She gave me...

Hiring Mrs.Edwards was the best decision of my life. I Had a very hard political asylum case but Mrs.Edwards worked hard and prepared me a very strong case....

Highly recommend Tatiana and her legal office! Tatiana took over my case right before scheduled interview, after my lawyer (at that time) advised me to...